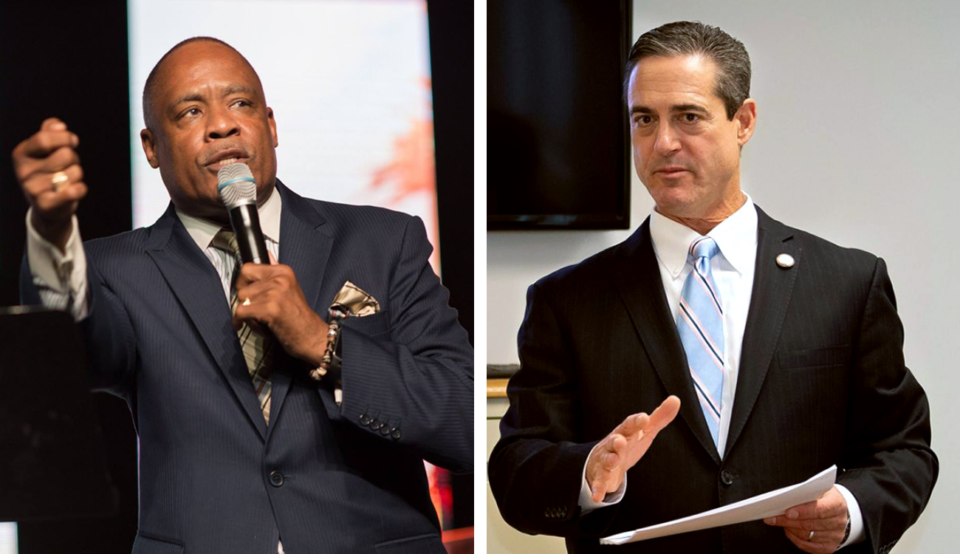 The leaders, who have known Spitzer for many years, say he has consistently stood up for equality in the criminal justice system.

Black community leaders are supporting Orange County District Attorney Todd Spitzer after his opponents are attempting to shame him for what they claim to be a racist comment.

Back in October, Spitzer was in a meeting with fellow deputy district attorneys regarding whether or not to pursue the death penalty against Jamon Buggs, a black man accused of murdering Darren Partch and Wendi Miller.

In a leaked memo, Spitzer is accused of saying that black men tended to date white women “in order to get themselves out of their bad circumstances and bad situations.”

Spitzer has since apologized for the remark but contends he is anything but racist, given that he has fought for equality his entire political career, especially as District Attorney.

“I used an example that was insensitive,” he said in a statement. “I am not perfect, but an inartful comment during an hours-long debate in a double murder case is not reflective of my core beliefs or the years I have spent fighting to make our society more equitable and our communities safe for everyone.”

Since the comments have come to light, multiple black leaders in Orange County who personally know Spitzer have backed him, saying he is not a racist man by any means.

Rev. Mark Whitlock, founder of Christ Our Redeemer AME Church in Irvine, backed up these claims.

“My Christianity teaches forgiveness, and not to throw stones to cancel a person’s career and character,”  Whitlock in a statement to the Orange County Register. “Spitzer has been a friend for more than 25 years and is not a racist.”

He also received the backing of Bobby McDonald, president of the Black Chamber of Orange County.

“At a time when our society should be coming together to address the challenges we face, it saddens me to see race be so casually and inappropriately used as the go-to political weapon to club your adversaries,” McDonald said in a statement.

“The fact is Todd has been a great District Attorney, not only for the Black community, but all people of color and Orange County residents in general. I am grateful we have a District Attorney who is willing to have tough conversations and give serious consideration to how racism may have impacted a particular case.”

The alleged story was leaked just a week after Spitzer fired Senior Assistant District Attorney Ebrahim Baytieh, who authored the memo, raising concerns about if he leaked it to hurt Spitzer’s reelection chances because of the firing. Baytieh is accused by Spitzer of hiding evidence in a murder trial, resulting in its conviction being overturned.