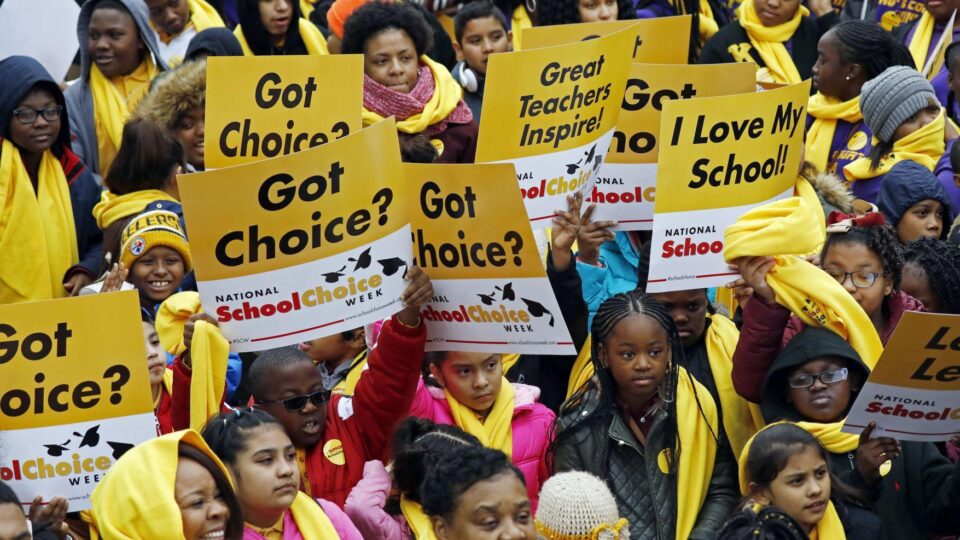 The act would allow public school funding to follow the student, giving parents and students more control over their education.

A new petition is being signed by parents across California that would allow them to choose which public school to send their children to instead of being locked into one school, depending on the district they live in.

Called the Educational Freedom Act, the petition would allow the parent of every California child to spend $14,000 at any accredited school of their choice through what’s known as an educational savings account.

Right now, public schools receive thousands of dollars from the state for every student that attends. Since parents are usually locked into a specific school depending on where they live, lower-end public schools have no reason to improve their quality of education – they receive the funds unless the child is sent to private school, which is not an option for most parents.

The benefit of the Educational Freedom Act is it would level the playing field. If a parent wishes to move their child to a school perceived to offer a better education, then that better school will get the $14,000 with the student, and the worse school will lose it. The money follows the student.

While some decades ago, California public schools were believed to be some of the best, times have changed. Education proficiency levels are quickly falling, along with Sacramento passing school curriculum designed to indoctrinate students.

In fact, in 2019, even before the pandemic, the National Assessment of Educational Progress did a study that showed only 32% of California’s public school fourth-graders were proficient in reading.

This, along with years of zoom schooling has pushed many parents to pull their children out of public school and homeschool them instead.

Statistics also show that California spends an average of $21,000 a year per public school student, while the average private elementary school costs around $14,000 per year, a staggering amount more money for public schooling that cannot even guarantee students will be able to read at grade level.

If the act passes, the funds from the Educational Savings Account would be able to be used at any accredited public or private school, with leftover funding able to accrue interest for students to use at universities.

Flynn pleads guilty to lying to FBI, is cooperating...