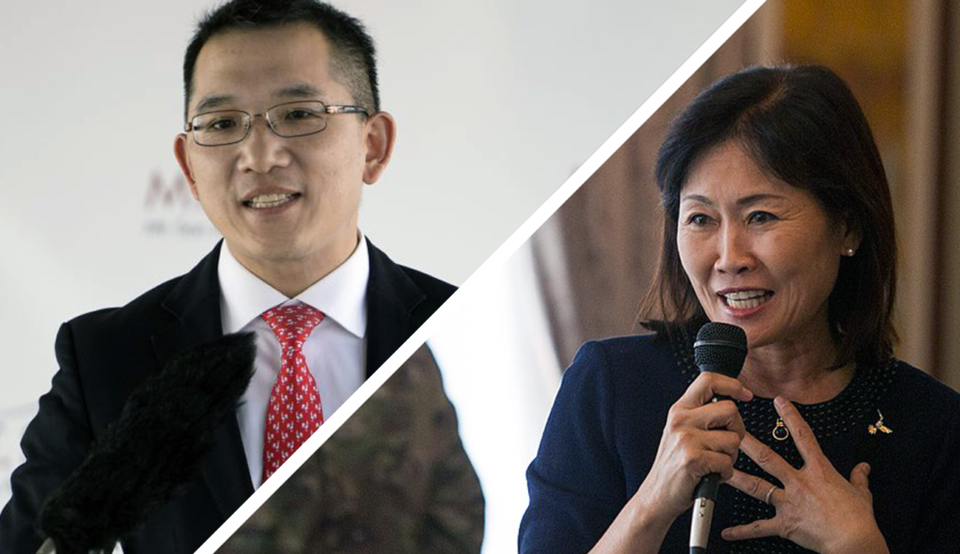 The racist attack comes as Chen challenges Steel for her congressional seat in the 2022 midterm election.

Steel, an immigrant from South Korea, was quick to respond to Chen’s comments.

“My accent tells a story,” said Steel in a recent tweet. “I will not let racist attacks silence me. I love America, and I will fight for it everyday.”

After backlash on his comments, Chen took to the Orange County Register to deny he was mocking Steel. In his opinion piece, Chen omits an apology and goes on to accuse Steel of abandoning democracy.

A spokesperson for Steel’s campaign reprimanded Chen for his comments, classifying them as “racist” and calling on the Democrat to apologize.

“America is a country built on immigrants,” the spokesperson said. “Michelle Steel is a first-generation Korean American who speaks English as her third language, and these despicable, racist comments from Jay Chen have absolutely no place in our community. Chen owes everyone an explanation, particularly following recent reports he continues backing the Chinese Communist Party’s Confucius Institutes in our educational system.”

In a recent speech, Chen also insulted Steel with, “‘The more she speaks, the better for us.” The Daily Mail said that drew “laughter.”

A letter was recently signed by over 20 community leaders who have called for Chen to apologize for his remarks.

“We expect better from someone running for public office,” reads the letter. “We are calling on you to immediately and publicly apologize for your racist attacks,”