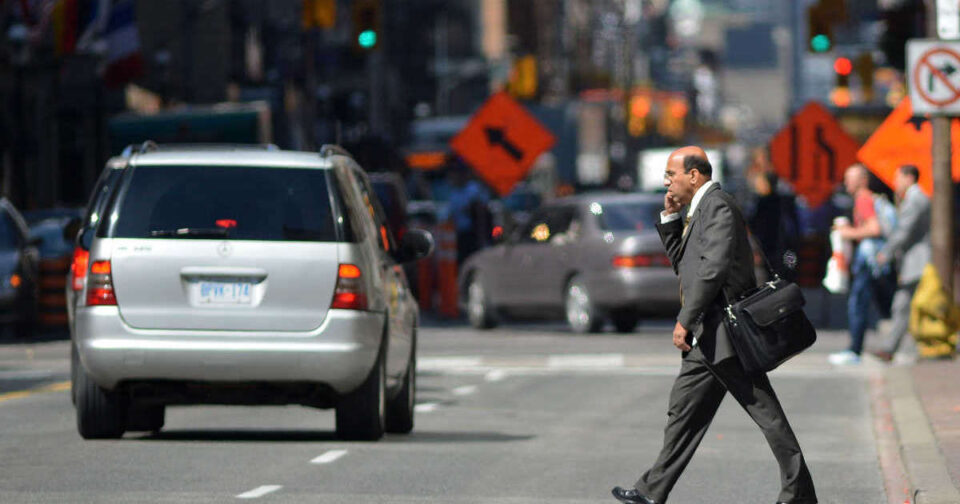 The Freedom to Walk Act leaves room for officer discretion in regards to jaywalking.

The Freedom to Walk Act was signed into law by California Governor Gavin Newsom on Oct. 14, which states that an officer should not cite a pedestrian crossing the street “unless a reasonably careful person would realize there is an immediate danger of a collision with a moving vehicle or other device moving exclusively by human power.” The bill is set to go into effect on Jan.1, 2023.

The act was drafted when it was found that people of color receive a disproportionate amount of “jaywalking” tickets in Los Angeles.

Assemblymember Phil Ting (D), conceded that the law, as written, will result in “enforcement that’s not completely uniform” as it will be up to the officer’s discretion as to what constitutes “immediate danger.”

Tamika Butler, a social justice advocate, expressed concern that the act which aims to reduce the disproportionate enforcement of jaywalking laws may actually have the opposite effect. “There’s still that piece of officer discretion,” she said.

“If we have policies in gray areas, who are the people that are screwed over the most? It’s usually people of color, pedestrians, people without political social capital,” he said.

Still, Butler is optimistic that the bill is a shift in the right direction. “Getting this version signed, I think, just creates a level of accountability,” she stated.

A similar bill was vetoed last year over concerns that it may increase pedestrian accidents resulting in deaths.

Kansas City MO and Virginia both decriminalized jaywalking last year, but so far it’s too early to tell if there’s been any positive impact from such legislation.

OC Sheriff Barnes on Fentanyl: “We must act now”