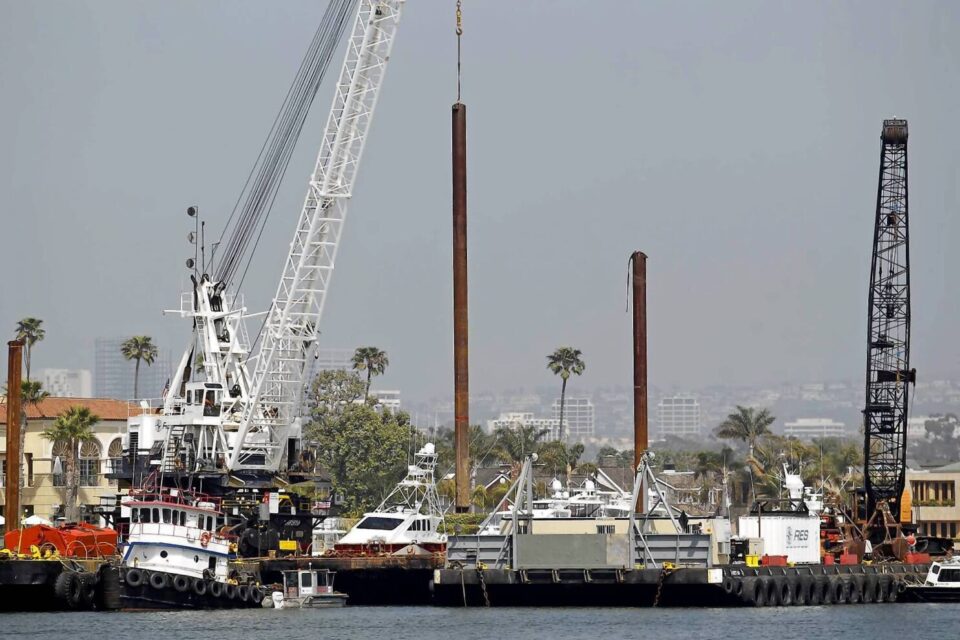 Despite protests by “Friends of Newport Harbor” the Commission Greenlights the Project.

Last Wednesday, Oct.12, two days before a scheduled California Coastal Commission meeting, the activists group “Friends of Newport Harbor” marched to the Newport Beach City Hall in the hopes that the city council would quash the application to to build a confined aquatic dredge (CAD) in Newport Bay until further review.

Discussion of the review was not on the council’s agenda and the application was advanced to the California Coastal Commission, the state’s final deciding body.

On Friday Oct. 14, the California Coastal Commission voted 8-1 in favor of the application which is necessary for the dredging of the Newport Harbor. The CAD with dimensions of 590ft squared, would be constructed between Bay Island, Lido Isle and Harbor Island and can contain approximately 112,500 cubic yards of dredged sediment lifted from the harbor. This material would be covered with 1ft of sand. After one year, when the final dredging is completed the rest of the material would be deposited on top of this and a 3ft. layer of fresh sand would cap the top.

“Friends of Newport Harbor” voiced concerns that the sediments are toxic and being placed in an area frequented by residents for recreation.

The City of Newport Beach released a statement indicating that “The sediment identified for in-harbor placement is not considered hazardous or toxic under the stringent definitions of the EPA… The sediment has been tested and is not toxic or hazardous as defined by state or federal regulations.”

Trace amounts of mercury have been found but “Testing showed that the unsuitable dredge material was not harmful to aquatic organisms…. All mercury concentrations in tissues (of the tested species) were below those that have been shown to cause toxicity to marine organisms. “

According to the statement released by the City of Newport Beach, “Without the CAD, Newport Beach could not dredge main channels in the harbor.” The sediment which has accumulated in Newport Bay “reduces water depths, impedes navigation and diminishes natural tidal flushing.”

The project will return the Harbor’s waterway to a depth of -10 to -20 feet, removing approximately 1.2 million cubic yards of sediment making the Harbor safe and navigable for all vessels.

“Jaywalking” Legislation Seeks to Reduce the Number of Citations for Pedestrians