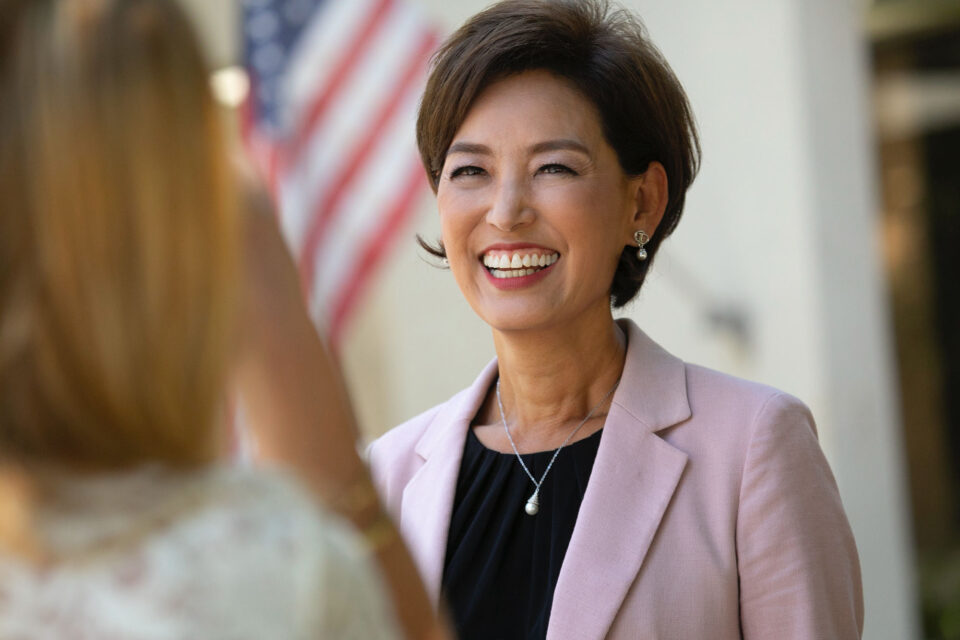 In the face of a mounting crisis at the Southern border, the California congresswoman has been urging the federal government to use all of the resources at its disposal.

Congresswoman Young Kim (R – CA 39th District) has continued to be a vocal advocate for border security, urging the Biden administration to make use of valuable but neglected resources.

Kim, along with fellow members of Congress including John Katko, the Ranking Member of the House Committee on Homeland Security, recently penned a letter to Homeland Security Secretary Alejandro Mayorkas. In it, they expressed their concerns about the federal government’s failure to use technologies such as Autonomous Surveillance Towers and fiber optic sensors on the Southern border.

These technologies, Kim pointed out, are already in government hands. However, they are being kept in warehouses at public expense, which also places unnecessary costs on federal contractors. In a recent tweet, she accused the Biden administration of “inaction” which “continues to worsen the border crisis.”

Kim, who has visited the Southern border several times in her brief tenure in Congress, has also co-introduced the Comprehensive Southern Border Strategy Act, which would require the Department of Homeland Security to lay out a comprehensive strategy for border security within the next year.

In addition, Kim has been a critic of the Biden administration’s recent attempts to rescind Title 42, a Trump-era public health restriction which was used to help stem illegal entries into the country, as well as the Remain in Mexico policy, which required asylum-seekers to wait until their applications were processed before entering the United States.

Of particular concern to Kim is the smuggling of dangerous drugs, including fentanyl, into the United States from Mexico. In a Newsmax interview in May, she said that she has been in talks with the Orange County Sheriff’s Department, which had apprehended 205 pounds of suspected fentanyl, including over 145,000 pills, since the start of the year.

Meanwhile, migrant encounters at the Southern border continue to skyrocket, with over 234,000 encounters in the month of April, and even more predicted if the Biden administration succeeds in rescinding Title 42. Nearly 18,000 pounds of fentanyl have been seized over the past year, and tens of millions of dollars in human trafficking revenue are generated weekly.

“As long as this crisis persists, our communities suffer,” said Kim. “I hope the Biden administration decides to take the border crisis seriously and work on solutions. A Southern border strategy is the least they can do to start the process.”