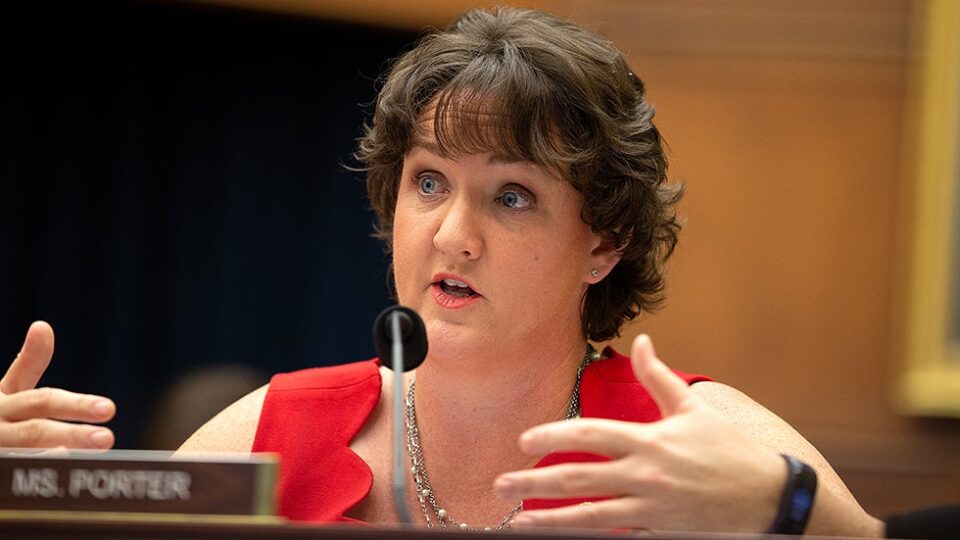 In the midst of a skyrocketing inflationary crisis and the failure of Democrats to legalize abortion nationwide, the California congresswoman has said that women need abortion to combat inflation.

Congresswoman Katie Porter (D – CA 45th District) argued that abortion and inflation “reinforce each other” in a recent MSNBC appearance, because women with more children have to pay more in household expenses.

Porter made the comment on a May 11 appearance on The Last Word with Lawrence O’Donnell, in the wake of Senate Democrats’ recent failure to pass a law which would have legalized abortion nationwide. She framed the abortion issue in economic terms, speaking of women having to face “the long-term economic consequences of this decision,” and saying that women would be “forced to drop out of the workforce” and “have to cut their educations short.”

When asked by O’Donnell how abortion compares to the issue of inflation, which the Biden administration has said is its top priority, Porter said that she doesn’t think the two issues “compare,” but “actually reinforce each other.”

Because of inflation, Porter said, “it can become more expensive to feed your kids and to fuel your car, is exactly why people need to be able to be in charge of how many mouths they’re going to have to feed.” She added that the inflation crisis “is a reason that people are saying, ‘I need to be able to make my own decisions about when and if to start a family.’”

Porter’s comments hit at two of the most salient issues in the current political climate. Inflation reached an 8.3% annual rate at the end of April – a slight decrease from March but still a near-40 year high. Although Democrats have blamed inflation on the war in Ukraine, supply chain issues, and corporate price gouging, the crisis remains a sensitive issue for the party going into the 2022 midterm elections.

Meanwhile, abortion has become a national topic of conversation after a leaked draft opinion indicates that the Supreme Court plans to overturn Roe v. Wade. Some Democrats believe that they are standing on firmer political ground with abortion than inflation, and Porter’s comments signify an attempt to tie the two issues together.

However, her comments attracted criticism, including from Republican political advisor Steve Guest, who posted on Twitter, “Actual advice from a Democrat Representative: Food is too expensive? Kill your kid.”Porter has represented California’s 45th Congressional District since 2019. Due to redistricting, she is running for reelection in the 47th District. The race is considered to be hotly contested, and a key seat for Republicans to gain if they wish to retake Congress in the midterms.