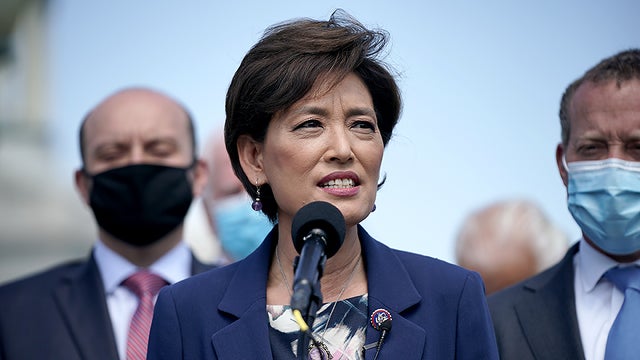 Republican Rep. Young Kim and House Committee on Homeland Security Ranking Member John Katko recently sent a letter to Department of Homeland Security Alejandro Mayorkas demanding the immediate use of border security equipment in the federal government’s possession, arguing the equipment is being stored by the government at the expense of the American taxpayer.

“We are troubled by claims that DHS is not fully deploying innovative “smart” technologies along the border, such as AST towers and fiber optic sensors, that have been procured by the federal government through contracts previously granted for building border barrier infrastructure,” the letter reads.

“Instead of making use of these innovative technologies to improve security in our southern border, decrease the influx of illegal drugs and human trafficking operations, we have been told the federal government has decided to store them at significant expense while also placing a large burden on contractors, some of whom have been ordered to remain in an indefinite holding process.”

Rep. Young Kim points out that April 2022 was the 14th straight month of more than 150,000 migrant encounters at the Southern border. Border experts say that without Title 42, the Trump-era public health policy, daily border encounters would jump to 18,000 per day. That is more than double the current average.

Specifically, Kim points out that California is suffering from the border crisis as fentanyl usage has spiked throughout the state. According to the Orange County Sheriff’s Department, they seized more than 200 pounds of suspected fentanyl and 143,127 pills suspected to contain some level of fentanyl in the first two months of 2022.