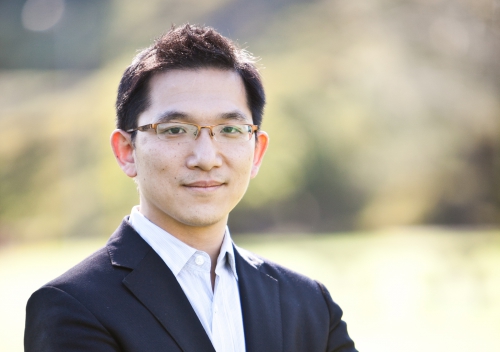 The California politician, who is running for Congress against Michelle Steel, has close ties with the progressive wing of the Democratic Party.

Jay Chen, a Democrat campaigning against Congresswoman Michelle Steel in California’s 45th congressional district, has endeavored to portray himself as a common-sense political moderate, yet is being mentored by far-left congresswomen.

On his website, he describes himself as a “Lieutenant Commander in the U.S. Naval Reserves, Trustee for Mt. San Antonio Community College, and a small business owner,” and says that he is running for Congress “because Washington is broken.”

But Chen’s praise of two of the most progressive politicians in Congress has cast some doubt onto this carefully cultivated persona.

In a recent tweet, Chen praised congresswomen Judy Chu (D – CA 27th District) and Grace Meng (D – NY 6thDistrict), referring to them as his “mentors and supporters,” and applauding their passage of a bill to create an Asian Pacific American national museum.

Both Chu and Meng were rated as among the most progressive members of Congress by the nonpartisan tracking website GovTrack.

For the 2022 election cycle, Chu has received $12,500 in contributions from the Center for American Progress, a left-wing think tank. Meanwhile, Meng has received $10,000 from the American Federation of Teachers, a labor union which lobbied the CDC against fully reopening schools during the coronavirus pandemic.

Chu was arrested at a pro-Dreamer protest on the steps of the Capitol in December of 2017 after refusing to leave when Capitol Police ordered protesters to disperse. She had earlier stated on Twitter that she was “On (her) way to go get arrested.” She has also been photographed with Chinese Communist Party spy Fang Fang.

California’s 45th District encompasses a large portion of northern and central Orange County, including parts of the cities of Fountain Valley, Garden Grove, Westminster, Buena Park, Fullerton, and Brea. Michelle Steel, an incumbent, currently represents California’s 48th District, but is running in the 45th instead in the upcoming midterm due to redistricting.

The race between Chen and Steel is shaping up to be hard-fought, and Chen has previously been the center of controversy after commenting that Steel, a fellow Asian American, needed an “interpreter” for her accent. His ties with Chu and Meng could prove a further political liability going forward.