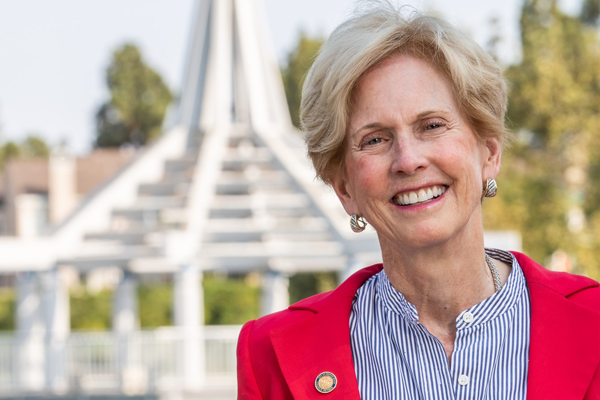 Dixon, who is running for Assembly District 72, has vowed to “make crime illegal again.”

Diane Dixon, the former Newport Beach mayor and current councilmember who is running as a Republican to represent Californians in state Assembly District 72, has made the fight against crime a central pillar of her campaign.

In late March, Dixon criticized state politicians under the administrations of Governor Gavin Newsom, and his predecessor Jerry Brown, who have “pass(ed) laws that reward criminal behavior, punish law enforcement and abandon victims.” She promised, if elected, to “work with my colleagues to make crime illegal again in California.”

Dixon will face off with Republican opponent Benjamin Yu in the upcoming primary race, as well as Democrat Judie Mancuso. According to Orange County Register reporter Brooke E. Staggs, registration favors both Republicans over Mancuso, and of the two, Dixon has “the clear edge” over Yu. In January, Dixon received the endorsement of the Orange County Republican Party.

There is no incumbent in the race; Assembly District 72, which encompasses a long strip of coastal Orange County, is currently represented by Janet Nguyen. However, Nguyen plans to run for another seat in the upcoming election due to redistricting.

At a recent candidate forum, Dixon reiterated her tough stance on crime, arguing for reform in California laws so as to more effectively punish wrongdoers. She also discussed economic concerns, including inflation and gas prices, and signaled a willingness to build bridges with moderate Democrats in the legislature. Currently, Democrats have a supermajority in state government.

Dixon’s emphasis on the issue of crime may have a strong impact on voters. Crime rates have been rising precipitously in California over the past two years, with homicides, assaults, and thefts all on the rise in 2021. The state has been plagued by highly publicized “flash mob” robberies in major cities as well as train robberies in Los Angeles. However, the problem is by no means limited to urban California, with even relatively safe areas like Orange County having been impacted.