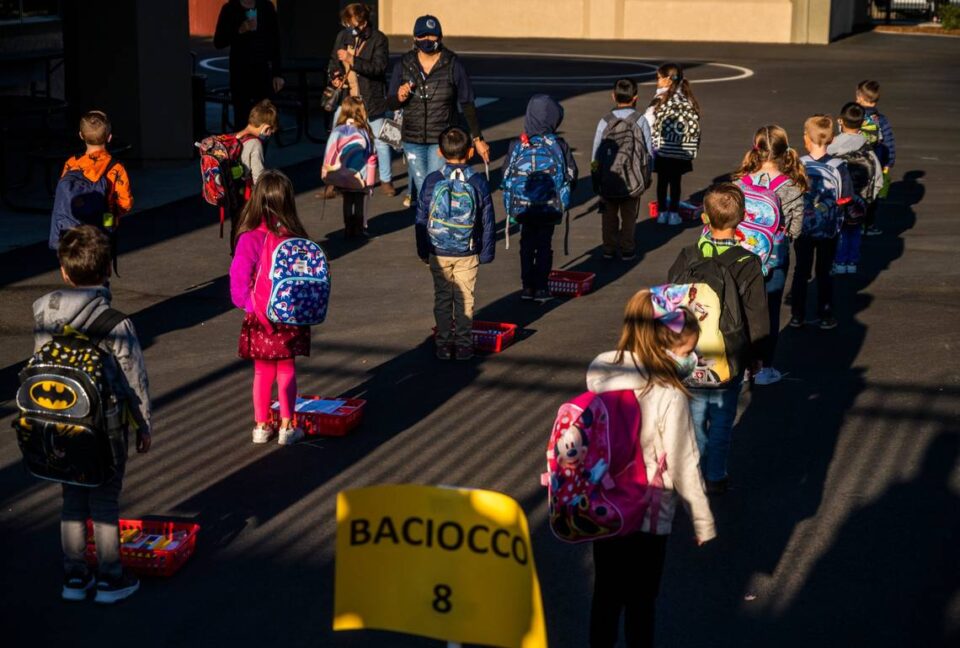 California public school enrollment took another hit according to the state’s Department of Education’s new 2021-22 school year data. The data reveals 110,000 fewer students signed up throughout the state than during the previous year. This marks a 1.8% decrease. Ultimately, the number of K-12 students dropped below 6 million for the first time in more than 20 years.

The Bay Area suffered particularly big declines, as only 799,000 students enrolled in 2021-22. This is a 4% decrease from the previous year.

Experts say the pandemic has played a significant role in the exodus of public school enrollment. While enrollment had already been declining before the pandemic, the declining enrollment spiked the past two years due to parental frustration with distance learning. Bigger urban districts accounted for close to one-third of the enrollment decreases.

These numbers come as groups have been calling for school choice to be put on the ballot this year. A petition called the California School Choice Initiative is working to get the Educational Freedom Act on ballots this year.

“More than two years in the drafting, the Educational Freedom Act treats everyone in California equally,” reads the California School Choice Initiative website. “Parents of every Californian child have the freedom to spend $14,000 provided by the State of California at a school of their choice—no matter how much money they make.”

This act would allow parents to choose which school their children attend without costing people more taxpayer money. This group says California spends $21,152 per year for each child enrolled in public schools from K-12. Meanwhile, the Private School Review claims the average cost of a private elementary school in California is around $14,000 per year.