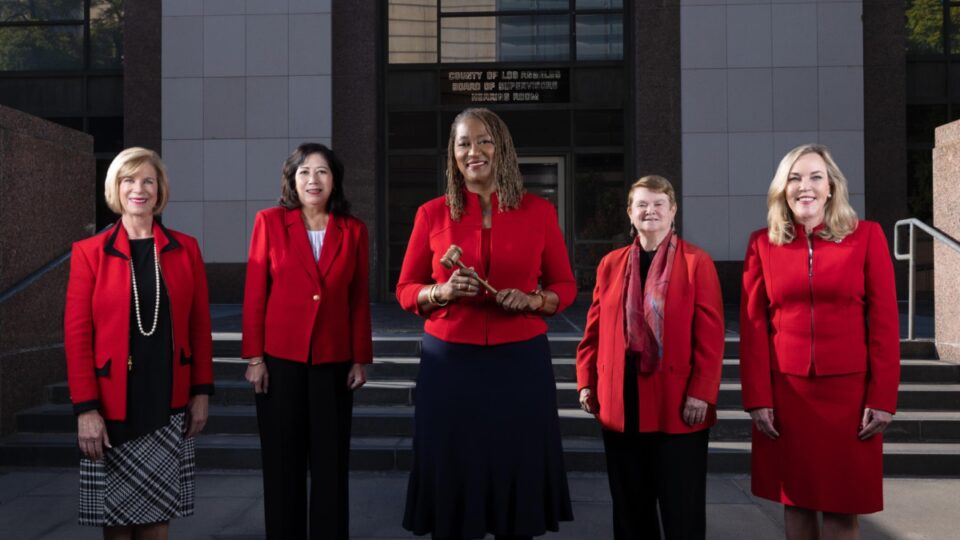 After consistently clashing with elected Los Angeles County Sheriff Alex Villanueva for years, the Los Angeles County Board of Supervisors voted 4-1 in a resolution to allow themselves the power to remove him from office, but the resolution excluded any other elected officials from this proposed power dynamic.

The vote concluded as 4 to 1, with Supervisor Kathryn Barger being the dissenting vote from the five-person board.

Los Angeles County Supervisor Kathryn Barger said that this move “sets a dangerous precedent and creates a slippery slope for the Board of Supervisors to override the will of the voters.”

Though she has clashed with current Los Angeles County Sheriff Alex Villanueva in the past, Supervisor Barger claimed that the timing of the proposed charter amendment appears “political” since Sheriff Villanueva is up for reelection in 4 months.

“A Charter Amendment focused on only one office undermines the credibility of the Board and its underlying intentions,” Supervisor Barger said. “I remain concerned that this action, as approved by the Board today, dilutes the voice of Los Angeles County voters and deepens voter apathy.”

When Los Angeles County voters go to the polls on November 8th, they will vote to approve or reject this ballot measure, as well as vote on whether or not to re-elect Sheriff Villanueva. Sheriff Villanueva was elected the 33rd Sheriff of Los Angeles County in 2018 and is running as the incumbent against retired Long Beach Police Chief Robert Luna.

In his response to the Board of Supervisors passing the ballot measure, Sheriff Villanueva said that the Board “is attempting to cheat the system and create a ‘fast-track’ pathway to remove a duly elected sheriff, one which circumvents the law and the foundational principles of due process enshrined in the Fourteenth Amendment of the United States Constitution.”

If the Los Angeles County Board of Supervisors was maintaining consistency with other counties, they would have proposed a Charter Amendment that allows all elected officials, such as the District Attorney, the County Assessor, and even the sitting Supervisors as well to be removed by a 4-1 vote for cause.