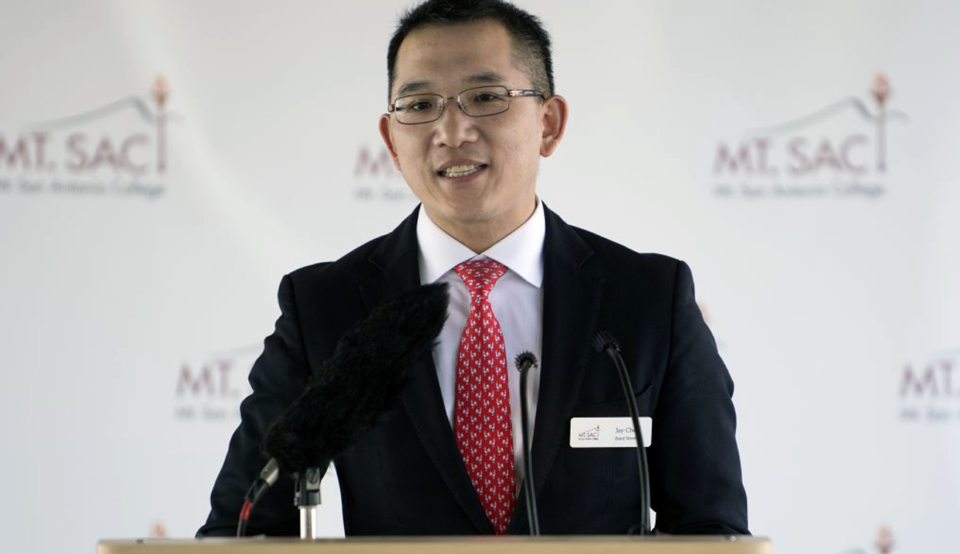 Come Nov. 8, 2022, Democratic candidate Jay Chen will face-off against incumbent Michelle Steel for the 45th District of California. Chen announced his candidacy on Jan. 10,. 2018, but it wasn’t until an independent inquiry into his stock holdings was made, that he disclosed on July 26, 2022  his ownership of stocks in both Pfizer and Moderna.

After candidates declare their intent to run for a congressional seat, federal law requires a certified public report from each candidate to publicly disclose their stock holdings.

Chen’s annual federal financial disclosure to Congress filed in Aug. 2021 neglected to mention the pharmaceutical stocks while disclosing his other investments. No mention was made of the Pfizer and Moderna stock investments in the 2022 disclosures either.

Chen invested thousands of dollars in these pharmaceutical stocks late in 2020, just prior to Pfizer and Moderna shipping millions of doses of COVID-19 vaccines. The revelation that these investments did not appear in his public disclosures prompted a response from his campaign manager Lindsay Barnes.

“Due to an honest misunderstanding in moving between state to federal disclosure requirements, the campaign unintentionally omitted the transaction within its federal disclosure. As soon as the campaign realized this discrepancy, we immediately amended the report.” Barnes also revealed that in early 2021, Chen sold his stocks in the companies.

In 2012, the Stop Trading on Congressional Knowledge Act, with bipartisan support, was signed into law by President Obama. The law delineated that insider trading on Capitol Hill was illegal and dictated the boundaries of personal investments by Congressmen, their staff, and immediate families who traded in stock. All were subject to new financial disclosure requirements created by the law.

Disciplinary action could prove elusive as fines can only be levied if a candidate  “knowingly and willfully falsifies a statement or fails to file a statement” according to U.S House guidance. Investigations into failures to disclose investments is rarely, if ever, conducted by officials.

The California Legislature Is Designating the Date Shake the...