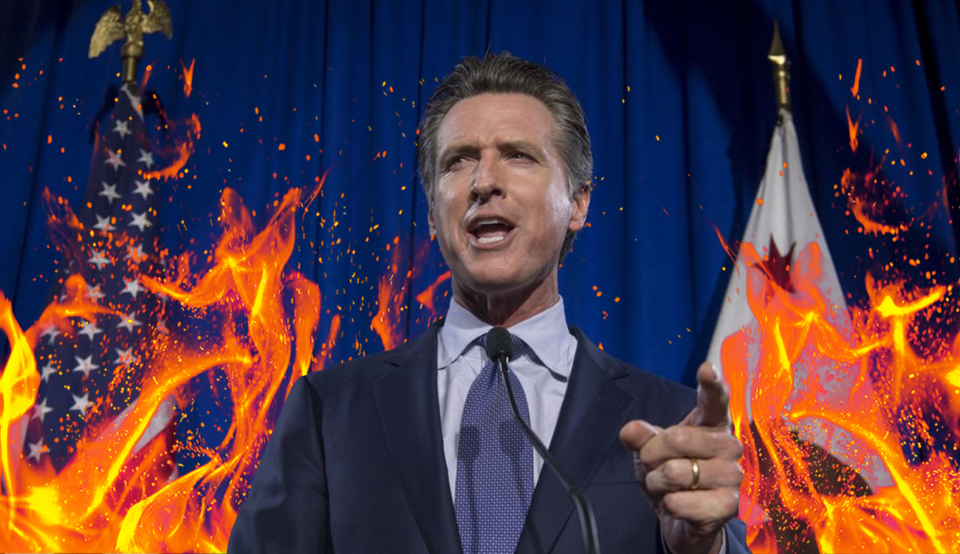 Gov. Gavin Newsom has previously aided PG&E after the company’s involvement in a wildfire that killed 84 people.

Newsom paid New York lawyers to craft legislation to help protect PG&E from additional troubles. The company has been called “a convicted felon that poses a safety hazard to California.”

Governor Gavin Newsom is in the hot seat for protecting the company Pacific Gas & Electric, which plead guilty on 84 counts of felony manslaughter. The company finds itself in deep waters with an investigation focused on the company’s involvement in and possible responsibility for the Dixie Fire.

Newsom’s bill allowed PG&E to use customer money to pay settlements with victims out of the $21 billion insurance fund. The legislation also gave the company an official safety certificate for announcing it had a plan to be safe.

In 2018, the former CEO of PG&E pleaded guilty to 84 counts of felony manslaughter. A grand jury investigation discovered that the company reduced efforts to investigate high tension lines, like the one that caused the 2018 Camp Fire (the deadliest wildfire in state history).

PG&E told AP that it agrees with “the court’s focus on safety and recognize that we must take a leading role in preventing future catastrophic wildfires.”

According to the Associated Press, U.S. District Judge Wiliam Alsup criticized PG&E for using deteriorating equipment, sparking some of the deadliest wildfires in California history, and causing significant death in 2017 and 2018 (so much so that PG&E negotiated over $25 billion in settlements).

Before Newsom’s bill, companies like PG&E were not allowed to bill the cost of damage caused by a wildfire to its customers. Companies were only allowed to do so if they proved they behaved reasonably or prudently. AB1054 altered that, as official safety certificates automatically show that a company behaved prudently.

California’s Katie Porter Was The Only Californian to Defund...