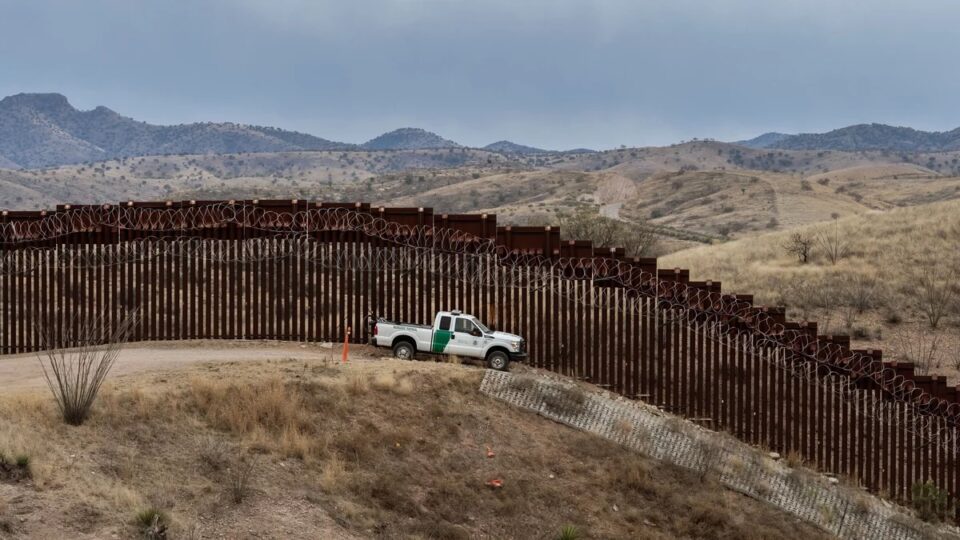 As political pressure grows and a migrant caravan approaches from the south, the Department of Homeland Security has taken steps to resume construction on the border wall, contradicting previous statements by the administration.

The Biden administration has authorized new construction on the US/Mexico border wall – the latest in a series of mixed messages by the administration over border security.

Alejandro Mayorkas, the Secretary of Homeland Security, recently announced that the federal government is planning a series of projects to reinforce the southern border wall at several locations throughout California, Arizona, and Texas. In California, the projects will include work in the San Diego and El Centro areas.

This move comes at a time of increased scrutiny for the administration on border security, as a historically large migrant caravan is heading north for the border. The caravan started earlier this week in southern Mexico, although it includes migrants from several other Central and South American countries. It is reported to number around 11,000, with its ranks expected to swell even larger in the coming weeks.

The decision to resume wall construction represents a startling turnaround for the Biden administration. When the president took office in January of 2021, he immediately stopped work on the wall, which had been a cornerstone of the Trump administration’s policy agenda. In a statement, the White House said that the Wall exemplified “misplaced priorities and failure to manage migration in a safe, orderly, and humane way.”

Since then, the federal government has quietly backtracked on some of these comments. Late last year, the Department of Homeland Security indicated that it planned to resume construction in certain areas, ostensibly for the purpose of closing “gaps.” In October, several new miles of the wall were constructed in Hidalgo County, Texas, although the official reason for this was levee repair and flood control – a move critics called a “loophole.”

In May, Senator Joni Ernst (R – Iowa) introduced a bill that would allow states to take over border wall construction. The so-called BUILD IT Act would require the federal government to give border states unused construction materials originally intended for the wall. In announcing the bill, Ernst cited “a crisis of historic proportions” at the border, and said that President Biden’s “decision to cancel border barrier projects that were already underway is literally costing taxpayers billions.”

It remains to be seen where the Biden administration will ultimately fall on the issue of border security, or how they will respond to the approaching migrant caravan, which will likely arrive at the US-Mexico border within the next few months.