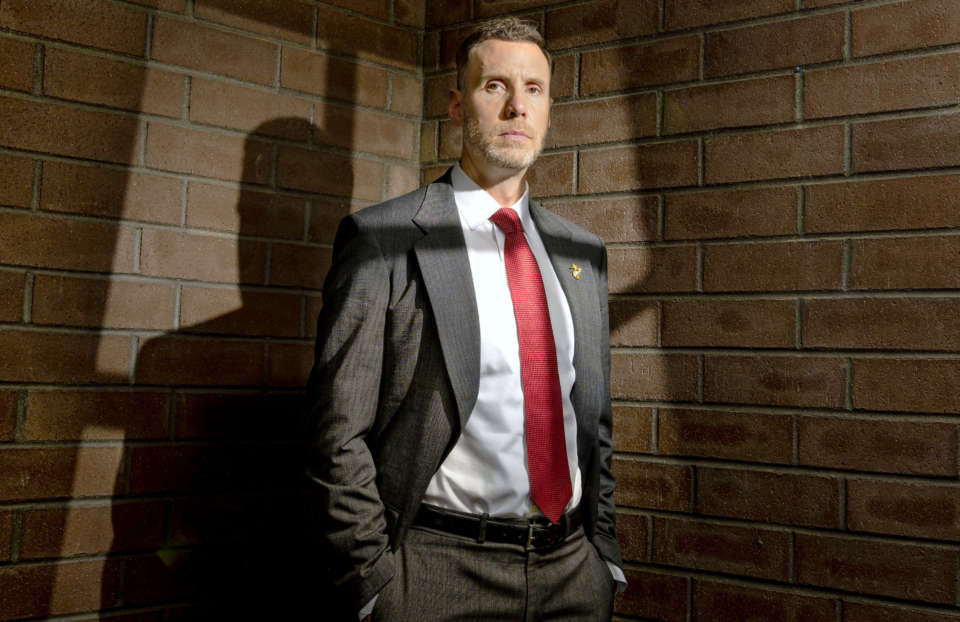 The District Attorney candidate, who has a reputation as a “womanizer,” is said to have tried to date a defendant whose case he dismissed while serving as prosecutor.

A candidate for Orange County District Attorney, Peter Hardin, has been accused of engaging in repeated inappropriate sexual behavior during his tenure as a prosecutor, according to a newly released document.

The memo, which was made public by the Washington Examiner, was written by Hardin’s supervisor in 2015, when Hardin worked prosecuting misdemeanor cases in the Orange County District Attorney’s office. It says that Hardin had “a reputation for being a womanizer,” and that this “may be impacting the way in which he handles cases.”

In one instance of such behavior, Hardin reportedly dismissed a case against a female defendant accused of domestic violence, only to subsequently ask her on a date. This incident is said to have occurred after the defendant left the courthouse to walk to her car, with Hardin following her.

Hardin is also alleged to have made similar advances towards a witness in another case, and offered to dismiss a third case because he believed that a defendant’s family member was attractive.

However, according to the memo, people “were reluctant to come forward” against Hardin “because they believe he is well connected.” Hardin resigned from his position as prosecutor shortly after the memo was written.

Another prosecutor who worked with Hardin said that Hardin “used to brag about” his sexual exploits, and that he once “emailed a witness and solicited dates from the witness while it was in the middle of trial or right after.”

Hardin is a Marine Corps veteran; although honorably discharged, his discharge papers say that he committed “unacceptable conduct.” The precise nature of this conduct is not specified, but there have been allegations made by an anonymous blogger that he also engaged in sexual misconduct while in the military.

A left-leaning attorney and former prosecutor, Hardin is running for the position of Orange County District Attorney in the 2022 election against the more conservative incumbent District Attorney Todd Spitzer. On Twitter, Spitzer has condemned Hardin for “prey(ing) on female victims, witnesses, and even defendants at the OCDA’s office.”

Katie Porter Sticks with ‘Defund the Police’ Despite Democratic...