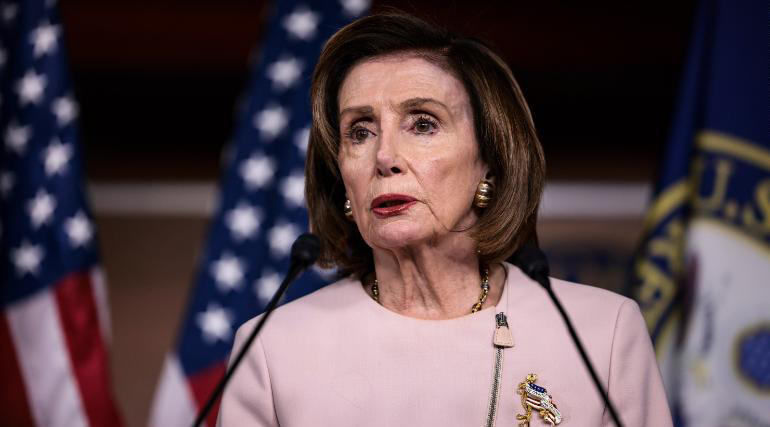 The House Speaker who previously advocated for the “defund the police’ movement, is “absolutely outraged” by the crime.

“It’s absolutely outrageous. Obviously it cannot continue,” Pelosi said. “But the fact is that there is an attitude of lawlessness in our country that springs from I don’t know where… and we cannot have that lawlessness become the norm.”

In an interview with MSNBC in the summer of 2020, she said they were thinking about moving some funding away from the police.

“What we’re doing is talking about how we change policy to make policing more just, and that there’s some issues that we ask police to do mental health issues or policing in schools and all the rest, that perhaps we can shuffle some of that money around, but those are local decisions,” said Pelosi.

San Francisco Mayor London Breed was also one of the first leaders to follow suit in defunding the police, as she cut $120 million from the budgets of both the city’s police and sheriff’s departments. However, Breed changed her tune this month, as she submitted an emergency request to the city Board of Supervisors for more money for the police.

“It is time for the reign of criminals to end,” Breed said. “And it comes to an end when we are more aggressive with law enforcement and less tolerant of all the bulls–t that has destroyed our city.”

Pelosi asserted that the rise in crime was focused on making money.

“This isn’t like somebody stealing something to go home because they don’t have money to buy. This is about stealing for profit.” said Pelosi.

According to a report, homicides grew by 17%, property crimes also increased by 7% from 2020-21, and arrest rates are significantly less than they were two years ago. Another report says 40% of all shoplifting reports concluded with an arrest in 2019. Meanwhile, that number decreased to 19% in 2021.