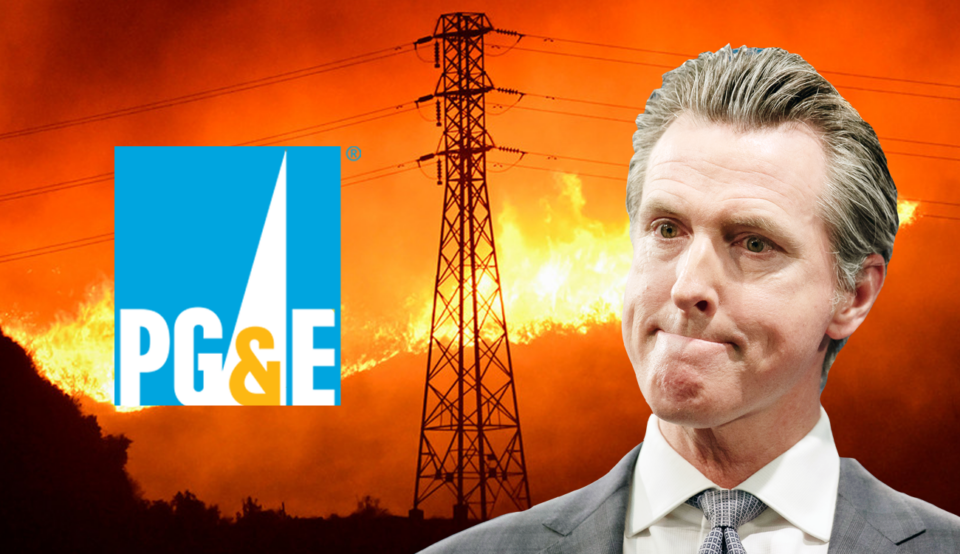 As talk of the Sept. 14 gubernatorial recall election dominates California, Gov. Gavin Newsom has come under the microscope for numerous reasons. One of which was an investigation conducted by ABC10 that shows the lengths to which Newsom went to protect the Pacific Gas & Electric Company, a firm which has donated to his gubernatorial campaign, after the role the company played in the deaths of 84 California residents.

Back in 2018, the former CEO of PG&E pleaded guilty to 84 counts of felony manslaughter. A secret grand jury investigation discovered that PG&E had scaled back on its efforts to inspect high tension lines, like the one which caused the 2018 Camp Fire, the deadliest wildfire in the state’s history. According to ABC10, the grand jury concluded that the company left an old hook which snapped in the nearby area. It would have cost $13 to replace.

Instead of going to prison, the company paid a fine and walked out of court. ABC10 reported that Newsom rewarded PG&E. Newsom hired private lawyers in New York to craft specific legislation to give PG&E financial protection, according to ABC10. The bill, AB1054, states, “This bill would additionally authorize an electrical corporation to file an application requesting the commission to issue a financing order to authorize the recovery of costs and expenses related to catastrophic wildfires under specified conditions through the issuance of bonds by the electrical corporation that are secured by a rate component.”

ABC10 reported the private lawyers Newsom hired, O’Melveny and Myers, charged California taxpayers approximately $3 million for crafting AB1054. The investment bank Guggenheim also helped to write the bill, charging taxpayers $3.7 million. At the time AB1054 was being written, PG&E had not pled guilty to the Camp Fire, but was on probation for the deadly San Bruno gas explosion.

That bill allowed the state of California to give PG&E an official safety certificate, which was created by AB1054, for making a plan to be safe. This certificate permits PG&E to tap into a $21 billion insurance fund. This fund is paid for by both the utilities companies and the customers. If a company starts a fire, it could negotiate a settlement with the victims and use this fund to pay out the settlement, according to ABC10. Before Newsom’s bill, companies like PG&E were not allowed to bill the cost of damaged caused by a wildfire to its customers. Companies were only allowed to do so if they proved they behaved reasonably or prudently. AB1054 altered that, as official safety certificates automatically show that a company behaved prudently.

Porter Slammed with FEC Complaint Over Extended Use of...