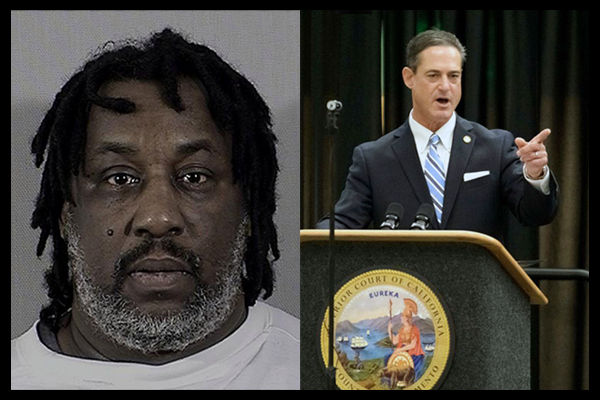 The proposed Zero Bail Policy threatens the safety of communities throughout the state with a “catch and release” style policy.

California Democratic lawmakers have pushed a zero bail bill into the state assembly. While they do not currently have the votes to pass the legislation before the end of the session, Sen. Majority Leader Robert Hertzberg is still hammering home that he wants this bill, Senate Bill 262, passed.

The policy is a “catch and release” program for California criminals, some argue. Violent felonies, sex offenses, and driving under the influence are not covered under SB262. In addition to the zero bail policy, SB-262 proposes that funds paid as bail ought to be refunded if the arrested individual makes every single appearance they are supposed to in court, if their charges are dropped, or if their case is dismissed.

“(SB-262) sets bail at $0 for misdemeanors and low-level felonies in California,” reads Hertzberg’s website. “These bills require that money paid for bail or bond be refunded when the charges are dropped, if a case has been dismissed, or if the person has not missed any required court appearances. The intent is to ensure that a person is not kept behind bars pending trial simply because of their inability to afford bail.”

Not everyone is onboard with this legislation which could impact California’s criminal justice system. Orange County District Attorney Todd Spitzer has been critical of the proposed policy. A recent tweet from DA Spitzer bolstered his departments support for standing alongside the California District Attorney’s Association against SB 262.

If passed, SB-262 could have wide-spread ramifications throughout California. Firstly, the bill will most likely result in less revenue for bail bond agents, as the court will be forced to set the bail at zero or, for more serious crimes, at a price which the individual could afford.

However, another possible consequence could be increased crime rates. Experts say that people simply released back into the community after committing minor offenses will continue to do exactly that. They argue there would be no incentive for these arrested individuals to answer for their crimes, which could lead to more serious acts.

Earlier this month, California police arrested Troy Davis Jr. CBS Sacramento reports Davis was accused of both sexually assaulting and killing Mary Kate Tibbits, a 61-year-old woman from Land Park, and her pets. Davis was a parolee who was released on the zero bail policy. District Attorney Anne Marie Schubert said she is not surprised that she is seeing more crime.

“The public, I think, would be shocked to learn about this, “what do you mean we’re going to let this person out on zero bail,” Herbert said.

Herbert is not the only person to feel this way. George Tibbitts, Mary Kate’s brother, ripped the state’s zero bail policy.

“The priority has to be public safety,” Tibbitts said in an interview with FOX40. “This is not a new story. There are many victims of crimes committed by people out on bail. And it shouldn’t happen. Particularly, one so gruesome, as happened to our sister.”

“Our only hope is that it won’t take years for the citizens of the state to wake up and realize that we have the ultimate power to insist on changes to laws and the people who implement those laws, to affect reforms that are so badly needed to protect ourselves from the evil that exists amongst us,” George Tibbitts continued.