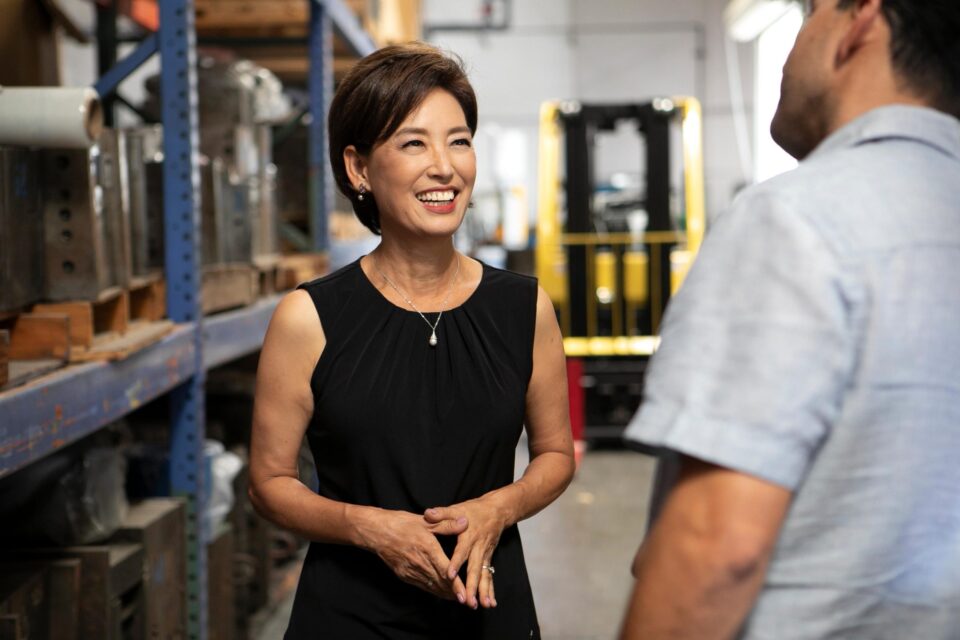 Congresswoman Kim released a statement acknowledging inflation, and has been pushing to scale up operations to alleviate supply-chain shortages.

California Republican Rep. Young Kim has addressed the announcement of a deal to reopen the San Pedro Port Complex. The port, located in Southern California, will become a 24-hour, seven-days-a-week operation to alleviate the supply chain issues plaguing the nation.

Experts say the backlog of ships is contributing to a rise in prices as it is causing mass shortages and delays. Kim emphasized that she will not stop working to ensure this situation gets resolved.

“I have been working since January to safely reopen our ports and address supply chain backlogs, and I will continue to work with my colleagues in Congress and federal, state and local officials to support pro-growth policies that help our economic recovery and protect the public health and safety of local communities,” said Kim.

This also comes in the wake of investigators determining the recent Orange County oil spill was most likely caused by dropped anchors from cargo ships. Investigators say these ships were waiting to enter the Long Beach/Los Angeles ports because they were backed up.

California Republican Rep. Michelle Steel announced this week new federal legislation that would prevent ships from idling or anchoring 24 nautical miles off the Orange County coast. The Stopping Hazardous Incidents in the Pacific Act (SHIP Act) would take effect for up to 180 days, or until Biden announces the backlog is over.

Kim has also acknowledged President Biden for addressing the problem of ships being backlogged.

“Our Southern California communities are reeling from the impacts of backlogged ships at our LA and Long Beach ports, from supply chain shortages driving up inflation to the recent oil spill that may have been caused by a ship anchor,” said Kim. “I am pleased that the Biden administration acknowledges and is taking action to address the preventable economic and public safety crises directly caused in part by backlogged ports.”