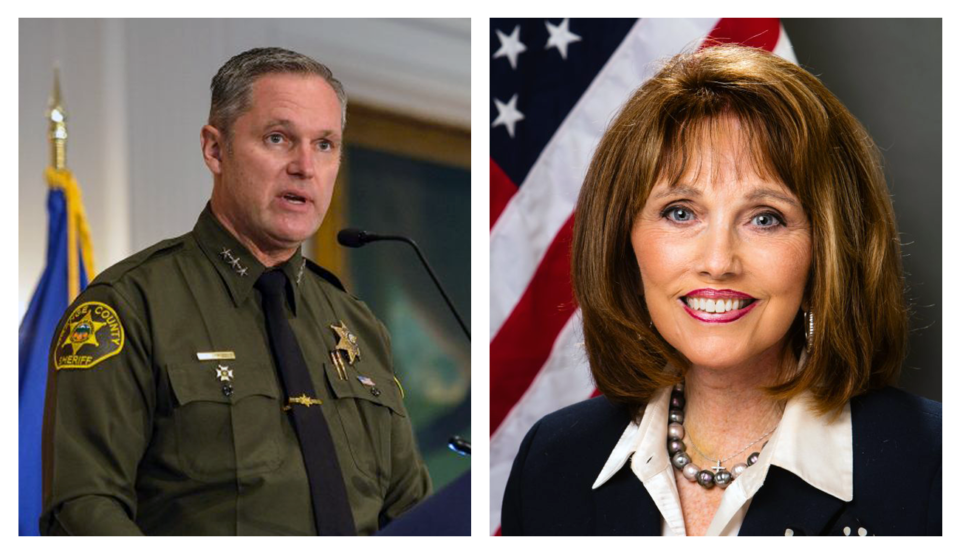 The California state senator received an award for pieces of legislation designed to enhance community safe, including cracking down on the fentanyl trade and increasing punishments for violent felons and sex offenders.

Senator Bates, who represents a large swath of Orange County in California’s 36th Senate District, was given the Orange County Sheriff’s Award at a surprise ceremony in Santa Ana. The award has traditionally been bestowed on those whom the Sheriff believes have contributed significantly to the aims of the Sheriff’s Department, in particular protecting the community.

Sheriff Barnes referred to Bates as “a steadfast advocate for policies that keep our community safe” and said that he was “pleased to honor her with the Sheriff’s Award for her continual defense of our public safety mission.”

When giving her the award, the Sheriff singled out Bates’ efforts to crack down on fentanyl trafficking. Bates has been a longtime advocate of taking strong action against the opioid crisis. Earlier this year, she introduced Senate Bill 75, which would place fentanyl in a legal category of dangerous drugs wherein penalty enhancements would be applied to individuals convicted of selling larger doses.

Bates also took on the opioid crisis in 2018, when she introduced legislation, eventually signed into law, that increased youth education about the dangers of opioids, and again earlier this year, when she authored “Brandon’s Law” to prevent false advertising by rehab facilities.

Furthermore, Bates has passed legislation that removed a loophole in the law regarding sexually violent predators and has also introduced bills to punish sex offenders who remove their tracking devices, expand the legal definition of violent felonies, and permit local governments to regulate rehab homes.

Bates said that she was honored to have received the award and that she praised Sheriff Barnes and the rest of his department for their own public safety efforts.