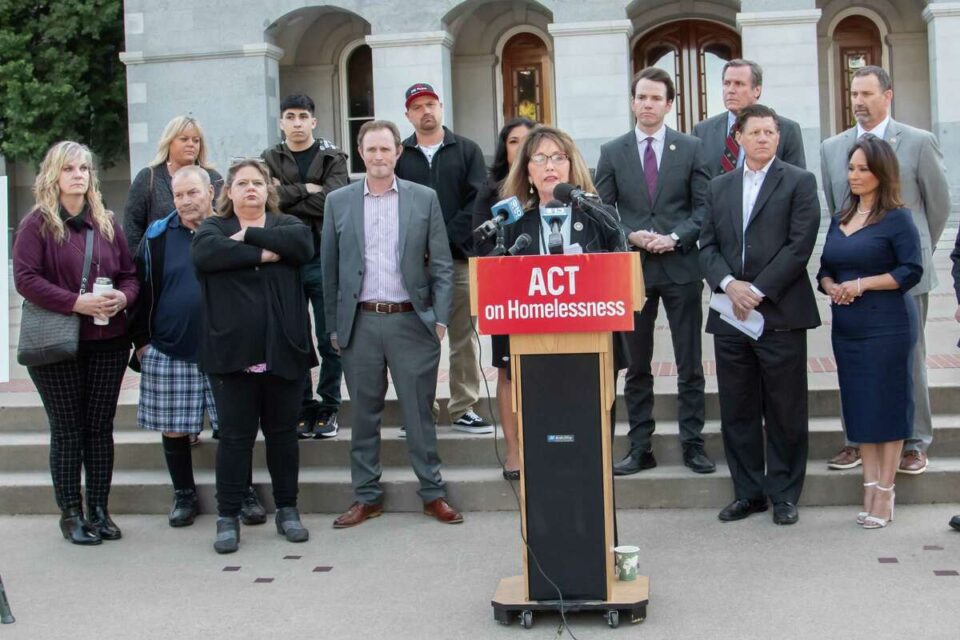 The California state senator is speaking out about the growing crisis, and proposing solutions for the issue.

Along with other Republican leaders in the state legislature, Bates released a set of 17 reform proposals in late March designed to help the homeless. Of particular concern to Bates was reform of the Lanterman-Petris-Short Act.

This law, originally passed in 1967, limits the power of judges to involuntarily commit mentally ill people to psychiatric institutions. Although the act was intended to preserve the civil rights of people suffering from mental illnesses, critics have alleged that it went too far, making it difficult to get troubled people off the streets and into treatment facilities.

In facing the current crisis, Bates believes that there is room for bipartisan reform. She has said that the issue “presents an opportunity for legislative Republicans and Democrats to move forward with legislation that changes the way we prioritize treatment.”

However, Bates has criticized Governor Gavin Newsom’s proposal for a new CARE Court designed to address the issue, arguing that it does not go far enough.

Although California’s state government is controlled by Democrat supermajorities, homelessness presents legislators of both parties the chance to work together to address what has become an urgent problem for many Californians.

Currently, there are more than 161,000 Californians suffering from homelessness – by far the largest population of any state, and 28% of the national total. Many are concentrated in the state’s major urban areas. The crisis has only grown worse in recent years, and was accelerating even before the start of the pandemic.

Bates has been a longtime fighter against the homelessness crisis, making it a central focus of her political career. In 2018, she was a coauthor of Assembly Bill 448, which created the Orange County Housing Finance Trust. This trust involves public-private partnerships to promote affordable housing solutions, and received a grant of over $4 million from the state last year.

In 2019, Bates authored legislation to fight patient brokering, a scam by which people with substance abuse issues are brought into California with false promises of treatment. Similarly, in 2017, she was behind a bill that gave grants to nonprofits which provide sober living facilities to recipients of the state’s CalWORKs program.

LA County Board of Supervisors ‘Cheat the System’ by Giving Themselves Sole...