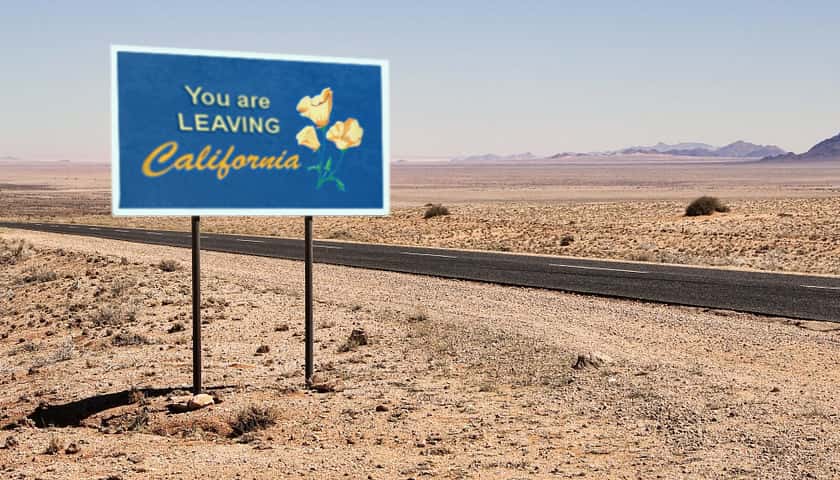 Residents are no longer seeing it as the golden land of opportunity it once was.

State officials announced that California’s population has dropped for the first time in the state’s history.

To make matters worse for the state, the population decline will be affecting its political power, as California will be losing a U.S. House seat according to newly released U.S. Census data – also a first in the state’s 170 year history.

The historic decline in population and House seat loss does not reflect well on Governor Gavin Newsom, who is currently facing a recall over some of the same reasons why residents are fleeing the state in droves.

California had some of the nation’s tightest COVID-19 restrictions amid an already high amount of regulations compared to other states – all at the discretion of Newsom. Additionally, the residents are battling a high cost of living and severe housing shortage. In 2020 alone, the state’s median housing prices rose to almost $760,000 – a 24 percent increase from 2019.

Kevin Faulconer, former San Diego Mayor and a top GOP challenger running to replace Newsom in the recall election, said the population drop is a result of Democrat policies ruining the state.

“The numbers don’t lie,” Faulconer wrote on Twitter. “People are leaving our state because it’s not affordable to live here. One party rule has made it almost impossible to raise a family. It’s time for change.”

Chiming in on the same issues, John Cox, another Republican frontrunner tweeted, “State officials like pretty boy @GavinNewsom should look in the mirror. They are driving thousands of families from California. We need beastly changes NOW.”

State officials are blaming the population drop on 2020 COVID-19 deaths, which claimed 51,000 Californian lives in 2020, causing the average death rate to increase 19 percent higher than other years. They also appeared to place some of the blame on the Trump administration, writing “continuing declines in foreign immigration in recent years by federal policy,” took away an expected 100,000 residents.

Despite these claims, a number of Republican states picked up extra House seats from citizens fleeing both California and New York, with Texas gaining two seats and Florida gaining one.