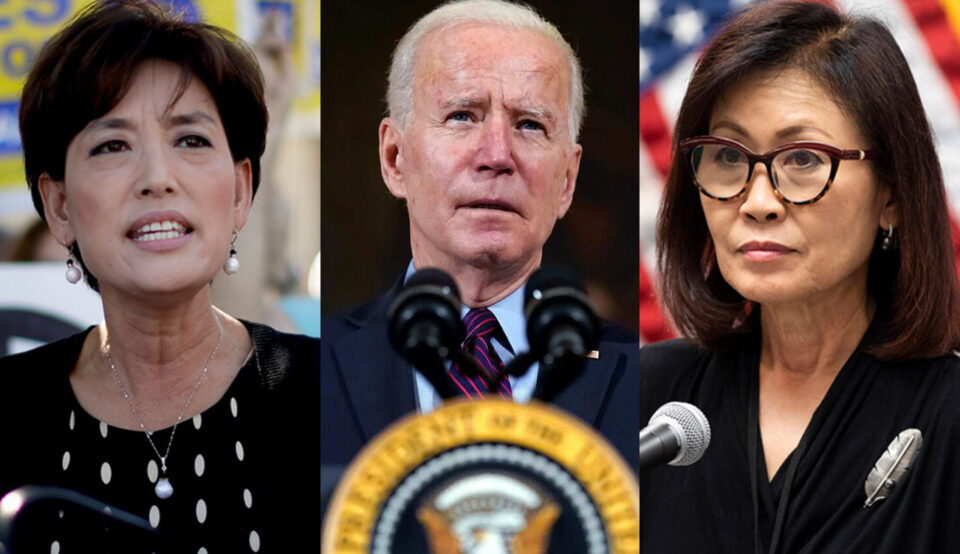 The two Orange County, California congresswomen, both of whom are Korean American, signed an open letter to the Biden administration opposing the move.

Michelle Steel (R – CA 48) and Young Kim (R – CA 39) both signed a letter advising the Biden administration not to support an end of war declaration with North Korea prematurely.

Kim and Steel, both born in South Korea, are two of the first Korean American women in Congress.

The letter warned that declaring an official end to the Korean War “would seriously undermine and destabilize the Korean Peninsula.” 33 other House Republicans signed the letter. It was addressed to National Security Advisor Jake Sullivan and Secretary of State Anthony Blinken, and United States Special Representative to North Korea Sung Yong Kim.

The Korean War ended with an armistice in 1953, but the war was never actually brought to a conclusion, as no peace treaty was drafted. An official end of war declaration would serve as an important symbolic milestone in relations between the countries – one which Kim and Steel argue that the United States should not give away lightly.

“We are dealing with an untrustworthy regime uninterested in negotiated peace,” Young Kim warned on Twitter.

The letter pointed out that the North Korean regime has been unreliable in upholding international agreements and has shown repeated aggression that would undermine the basis for a peace deal. Steel and Kim’s letter also cautioned that South Korea would be in greater danger, arguing the Kim regime would use the declaration as a pretense to demand a complete American withdrawal from the Korean peninsula.

“Declaring an end to hostilities,” the letter advised, “should come at the culmination of comprehensive and long-term talks with North Korea after eliminating its nuclear arsenal and demonstrating verifiable improvements in its human rights record.”

North Korean leader, Kim Jong-un, has also expressed skepticism about the possibility of a peace treaty. South Korean President Moon Jae-in has advocated for a treaty in recent years. Although the Biden administration has recently engaged with South Korean leaders, it is unclear whether an end of war declaration was considered.