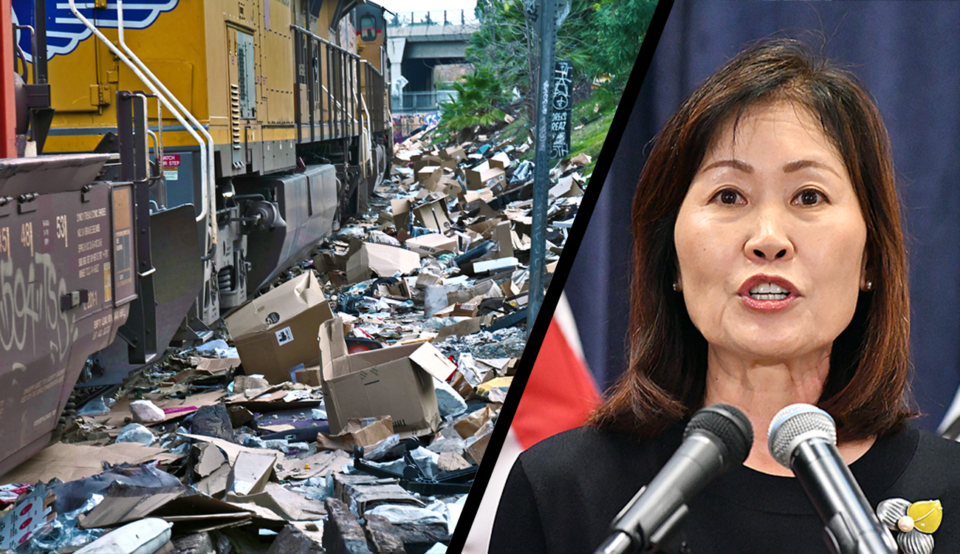 The Orange County congresswoman is speaking out against lax prosecutorial policies in the neighboring county, which have led to a catastrophic epidemic of train looting.

Congresswoman Michelle Steel (R – CA 48th District) has taken aim at Los Angeles County’s crime policies and called for federal intervention, following a series of highly publicized train robberies which have placed further strain on already-overtaxed supply chains and threaten to turn a local issue into a national one.

The spate of train lootings near Los Angeles ports came to national attention earlier this year, after a set of videos taken by photojournalist John Schreiber went viral. California Governor Gavin Newsom compared the images to those of a “third world country,” although he later issued an apology for blaming the crime on “gangs.”

Meanwhile, Congresswoman Michelle Steel had led a group of 18 members of Congress in writing a letter to United States Attorney General Merrick Garland that urges him to crack down on the series of thefts with all resources at his disposal. Crimes involving railroads fall within the purview of the federal government.

In the letter, Steel wrote that “These attacks continue, without penalty, thanks to the state’s disastrous progressive policies and lack of criminal prosecution.” She went on to say that “Action is needed, and a continued lack of urgency will lead to further crime and delays of necessary items to consumers.”

However, Steel has said that her appeal for federal assistance is a result of failures by politicians on the state and local levels, calling attention to “pro-crime policies that are allowing organized crime to target our railroads.”

The Union Pacific Railroad has blamed the crisis on Los Angeles County District Attorney George Gascon, who issued a directive in late 2020 that changed how the county handles crimes such as looting. While multiple suspects have already been arrested in the train robberies, most of them have been released from jail within 24 hours.

As a result, Union Pacific has threatened to pull out of operations in Los Angeles County. This would force much West Coast shipping to go through ports such as Oakland, potentially increasing the cost of goods even further during a time of nationwide high inflation rates.

The railway thefts, Steel argued, are only one facet of a broader crime spree that has made communities more dangerous, and has ordinary citizens – including minorities and the vulnerable – running scared.

“This is not the United States we know,” said Steel. “We really have to stop these crimes.”