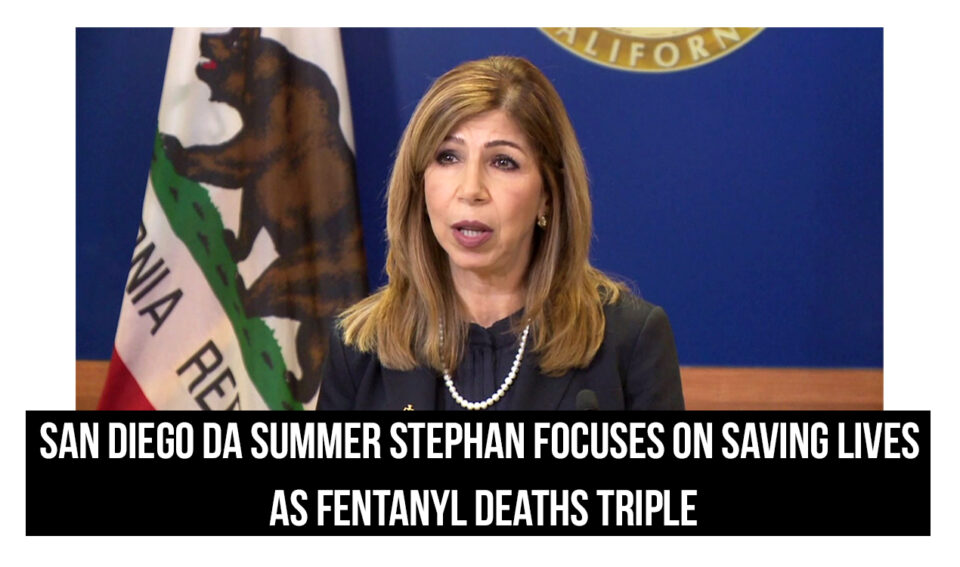 Law enforcement agencies in San Diego County are raising concerns about an increase in fentanyl-related deaths in the county and are taking to social media to inform young people and parents about safe pharmaceutical practices.

Earlier this year, an active firefighter lost his life from a fentanyl overdose. Two Point Loma women mistakenly took a drug laced with fentanyl, leaving one of the women dead; and an 8-month old baby boy was hospitalized after ingesting fentanyl in the care of his mother and her boyfriend. Medical professionals saved the baby’s life, and the mother and her boyfriend were charged with felony child endangerment.

“Parents are finding their children dead from fentanyl overdoses, boyfriends finding their girlfriends dead, and children are being put at risk by this alarming spike,” said DA Summer Stephan in a statement. “We’ve been sounding this alarm for years, but the problem is only getting worse. Our office continues to focus on awareness campaigns while at the same time stepping up our prosecutions of street dealers who know their product is suspect in an attempt to try and save lives. Fentanyl laced drugs continue to be sold on the streets and we need to get the word out that you never know what you’re taking if it’s not from a pharmacy.”

“Our mission is to save lives,” said Sheriff Bill Gore. “Sheriff’s Deputies were the first in the Western United States to carry a nasal spray called Naloxone to counter the effects of an opioid overdose. So far this year, we have saved 59 people from overdosing.”

In her update, Stephan shows a graphic with examples of the signs of opioid overdose. If an overdose is suspected, call 9-1-1, administer Naloxone if available, and stay with the person until help arrives.

If you or someone you know needs help for addiction, call San Diego County’s Access and Crisis Line at (888) 724-7240 or 2-1-1 San Diego for information and support.