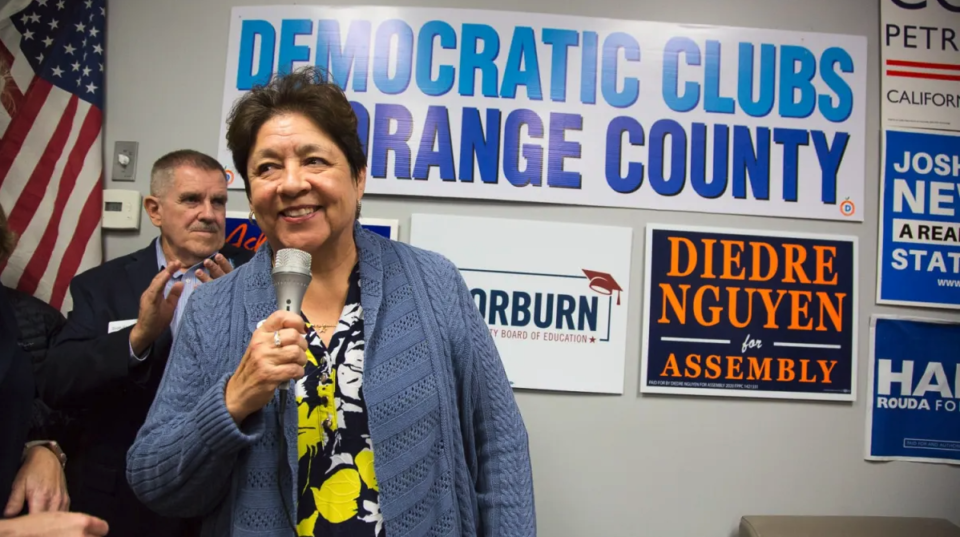 Gomez, who also serves on the Tustin City Council, has been accused of a potential conflict of interest – and this isn’t the first time this sort of thing has happened, either.

Rebecca “Beckie” Gomez, a member of both the Tustin City Council and the Orange County Board of Education, faces a lawsuit for holding “incompatible offices.”

The lawsuit was filed on February 24 by an attorney representing Mike Tardif, a constituent of Gomez. Tardif, who is suing on behalf of the People of the State of California, claims that Gomez is in violation of Section 1099 of California’s Government Code.

Under that code, politicians are prevented from holding two incompatible offices at the same time – a qualification that the lawsuit says Gomez has met by simultaneously holding her City Council and Board of Education positions.

Since taking her seat on the Orange County Board of Education, Beckie Gomez has made a name for herself as an opponent of charter schools. Last year, she was the only member of the Board to vote against chartering Explore Academy, and she also opposed the chartering of Orange County Classical Academy in February.

The case against Gomez is not the first of its kind. A strikingly similar case occurred in 2020, when Tim Shaw was elected to the Orange County Board of Education while already serving on the La Habra City Council. Shaw was forced to resign his position on the Board, although eventually, after resigning his City Council seat, he was reappointed to the Board.

Ironically, when Shaw was reappointed in December 2021, fellow trustee Becky Gomez was the only one to vote no on his reappointment.

Tardif’s lawsuit demands that the court remove Gomez from her seat on the Board of Education and fine her $5,000, as well as obligating her to pay the plaintiff’s legal fees.