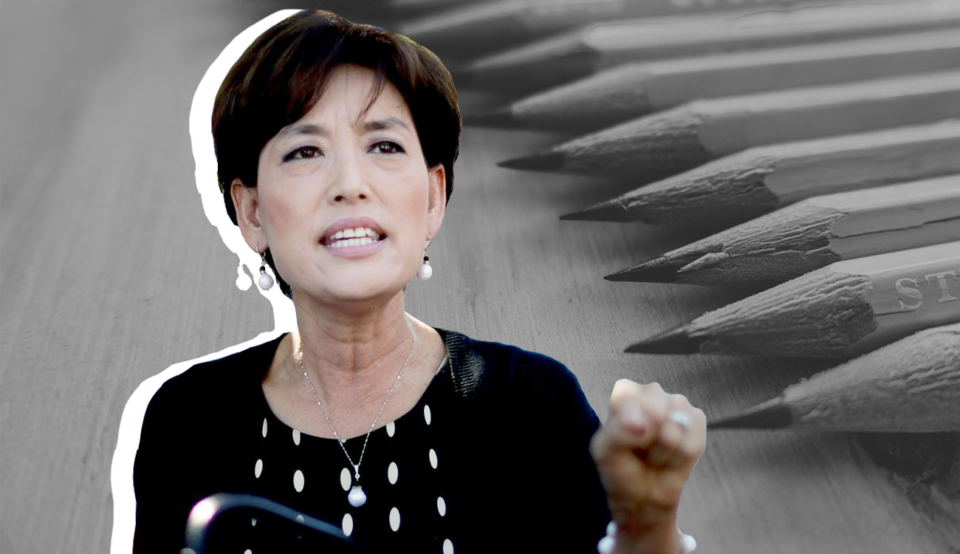 Rep. Kim spoke out against a proposed mathematics framework that would eliminate advanced options for students and promote a social justice ideology within math classrooms across the state.

Representative Young Kim (R-CA 49th District) has spearheaded a campaign against the ideological capture of education by drafting a letter that criticizes a proposed new mathematics framework for California schools.

The letter was sent to Linda Darling-Hammond, president of the California State Board of Education. It takes issue with the proposed 2021 Mathematics Curriculum Framework, which would instruct California high schools to eliminate advanced mathematics options.

Kim’s letter, which was signed by 10 other members of Congress including House Republican Leader Kevin McCarthy, noted that STEM-based industries are crucial to the California economy, and that the United States has lagged behind many other countries in mathematical education achievement. The new Framework, the letter argues, would “damage the competitiveness of our education system” and put the United States at a disadvantage on the world stage.

The proposed Framework has also been criticized by hundreds of mathematics educators and professionals for promoting a blatantly ideological agenda that denies the notion of mathematics as a “neutral discipline.” Among other things, the Framework would have teachers promote “sociopolitical consciousness” and “environmental and social justice” within the classroom, and encourage students to solve “problems that result in social inequalities.”

As a result of these criticisms, and pressure from members of the public, the final release of the proposed Framework has been delayed until at least December.

“Phasing out advanced math stunts students’ growth, hurts our economy (and) cedes US competitiveness to other nations,” Representative Kim said on Twitter. “All students should have the opportunity to reach their full potential.”